Since the unveiling of the new naira notes last month and the subsequent release for public use as legal tender last week, people have raised concerns over the susceptibility of the new notes to forgery and counterfeiting owing largely to their designs and colour grading.

But the apex court has allayed such fear and put measures in place to forestall the activities of counterfeiters who many want to cash in on the ignorance of some members of the public who may find it had to distinguish between the real naira notes and fake.

In a bid to protect Nigerians from falling victim of counterfeiters, the Central Bank of Nigeria, CBN, has released details and position of the security features in the new naira notes.

Details and position of the security features are highlighted in the documents below as released by the CBN. 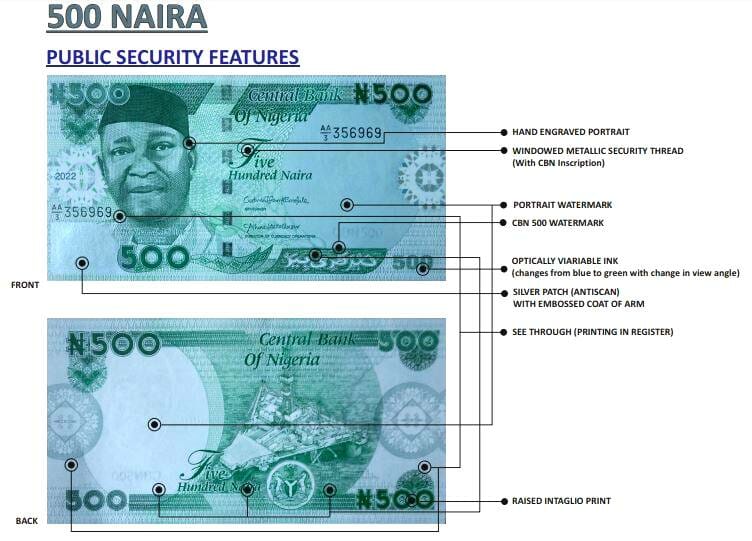 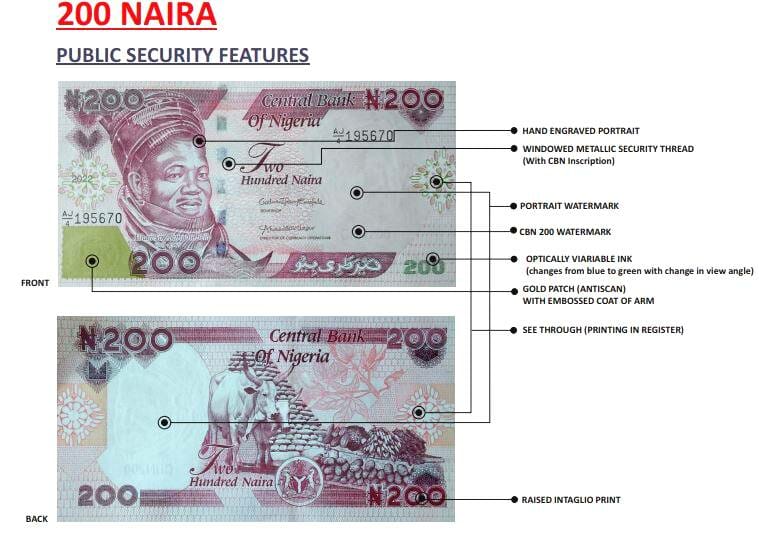